Fishing with My Dad

Ever since the age of five, my father has been hooked on fishing. After moving down to South Florida from Pittsburgh nearly five decades ago, he continued to pursue his passion for fishing. Wherever there was a body of water with the slightest chance that a fish would be swimming there, he would be there, casting an artificial lure or live bait, such as a wiggly earthworm or fidgety minnow.

He often took my brother and I — and, occasionally, after a bit of coaxing, my mother and sister — fishing. We fished in freshwater, saltwater, and the briny mixture of the two: brackish water.

We fished in canals, lakes, channels, shallow flats, the emerald-green waters of the Gulf of Mexico, the gator-filled swamps of The Florida Everglades, and the midnight-blue depths of the Atlantic Ocean.

We fished at the crack of dawn, in the broiling heat of the noon sun, at twilight when the smell of dinner was in the air, and in the inky blackness of night.

I never thought my dad was doing anything but just taking me fishing to have fun. And I did have a lot of fun. In retrospect, however, I now understand that he was— consciously or not — imparting some useful lessons about life.

Here are 10 things I learned from fishing with my dad:

1. Planning & Preparation. While friends, family and our neighbors often attributed my dad’s tremendous success in catching fish to luck and blind persistence, I knew better. Yes, luck did play a role. Yes, he was very, very persistent in his pursuit of fish. But fishing for him was never just a random roll of the dice. I witnessed how he deployed a bevy of sophisticated strategies and tactics that he had developed and refined over the course of decades of fishing.

In our boating excursions miles offshore, in the warm currents of the Gulfstream that cut through the cooler waters of the Atlantic Ocean, my dad would prepare the tackle and bait. On the hunt for mahi-mahi (also called “dolphinfish”) – the beautiful electric green-and-yellow fish which swam in large schools and put up a vigorous battle when hooked – he would be on the constant lookout for…birds.

Fishing can look deceptively simple and monotonous. Yes, it was often relaxing —and, frankly, sometimes mind-numbingly boring — to just sit there with the rod and reel and watch the red and white or cork bobber floating in the water to disappear, a signal that a fish was biting. Yet there was always a lot going on, both during the preparation stage before we cast our lines into the water, and even as we waited. My dad would be juggling a number of variables in his head, constantly adjusting his calculations, and altering his tactics accordingly.

2. Practice. Malcolm Gladwell could have used my dad as a case study in his book Outliersto prove that it takes 10,000 hours to become an expert at something. My dad certainly put in his time. He’s fished in many places, under different weather and water conditions, at different times of days, and using a wide variety of baits and lures. Through his tens of thousands of hours of practice over a sixty-year period, he’s learned what works, and what doesn’t. You’d be hard pressed to find someone who has fished more than he has.

3. Optimism. The odds are stacked against us when we go fishing. Bad weather, unfavorable tides, unappealing bait (those fish can be quite persnickety about what they eat, I learned) and just plain being where the fish aren’t. But somehow my dad has managed to beat those odds time and again. As if he can mysteriously alter the rules of nature — if even for a few hours or minutes — so he can achieve his goal. The high rate of success he has achieved in fishing has instilled an indomitable spirit of optimism in my dad.

4. Patience. While we were often rewarded with intense bursts of exciting activity when we fought fish — and landed them in the boat — these were punctuated by long stretches of waiting. And waiting. And waiting. All that waiting couldn’t help but teach me the virtue of patience. But it wasn’t mindless waiting. Given how much planning and preparation went into each excursion, I knew that the waiting was just another of the variables in my dad’s meticulously constructed equation to catch fish.

5. Sustainability. We did take home our fair share of fish which my mother transformed into scrumptious dinners. What we couldn’t consume ourselves, we gave away to friends and family. But my father also regularly practiced “catch and release”. Many species of fish have minimum length requirements as prescribed by law, which necessitated throwing back fish immediately after catching them. But even after fish reached their minimum legal length, we still threw many of them back into the water.

After battling a 100-pound tarpon which would literally drag our 18-foot skiff through the bridges of the Florida Keys, he would gently pull our defeated, silvery foe alongside the boat, and, with the snip of his pliers, release it to freedom. Or after hooking and landing an electric-blue sailfish that entertained us with its spectacular acrobatic show (it would “walk” on water with its tail), we would release it. Sometimes we would place a small tag on the fish so scientists could track its migration patterns, and thereby gain a better understanding of where they live, in an effort to conserve the species.

6. Unplugging. Long before the PC or the iPhone even existed, with our family’s color TV (a cathode-ray tube screen, of course, as neither LCD nor plasma existed then), VHS videotape player, and my Atari game console, I had plenty of highly addictive electronics to keep me entertained and planted firmly at home for hours on end. Fishing was my dad’s method of unplugging my younger brother and I from these devices, getting us out of the house, and bringing us face-to-face with the beauty of nature.

7. The power of nature. Fishing gave me my first appreciation for the powerful forces of nature. My dad would check the schedule of incoming and outgoing tides — all of which were controlled by the pull of the gravitational forces of the moon — and which determined whether certain species of fish would be feeding or not. And, when we were fishing on the day after a full moon had shone through the evening, we knew that the fish would not be as hungry as usual. That’s because, as my dad would explain, that the light of the full moon would make small fish and shrimp and other goodies upon which larger fish would feed more visible in the water, and therefore more vulnerable to being consumed. Fishing on the day after an evening with a full moon was often like arriving at a party after all the food had been scarfed up.The fish were already quite satisfied with their evening meal and uninterested in what we had to offer them, thank you very much.

8. Accepting failure. Even after waking up ridiculously early, purchasing the bait, prepping the boat, and roasting in the hot Florida sun for several hours, we sometimes wouldn’t catch fish. While we kids griped, my father never complained. For he had accomplished what he set out to achieve: spending a relaxing day with his family on the water, doing what he loved most. For him, it never primarily was — and to this day, still isn’t — entirely about catching fish. He wasn’t into racking up points or bragging rights. He had earned that a long time before. My dad occasionally competed in — and won — several major fishing tournaments. He even fished in the Hemingway Marlin Tournament (“El Torneo de Hemingway”) in Havana, Cuba, back in 1979. But fishing for him was not a competitive sport. Since he didn’t try to “win”, he never really “failed”, either.

9. Celebrating success. My dad never hesitated to celebrate success. And we sure had a lot of reasons to celebrate. We took lots of photos and videos to capture the excitement and glory of our catches.

When I was 9 years-old, I caught a 6 1/2-pound largemouth bass. My dad notified the local newspaper and they wrote it up. He also sent it to the taxidermist and had it stuffed and hung on the wall of my bedroom.

Way before blogging and e-mail marketing was ever conceived, I published a “newspaper” which I pecked out on our electric typewriter — “The Freshwater And Saltwater Fishing News”. All the fishing news fit to print, featuring stories and photos of the latest catches by my family and I. My dad would make photocopies at his office, and then I would stealthily ride my bike and drop them into my friends’ and neighbors’ mailboxes at night.

10. Creating a shared family narrative. During the week, in the daytime, while my dad was at work, I was at school. But on the weekends, when we went fishing, we were together. Except for what I overheard him tell my mother at the dinner table or in the backseat of our car, I had no idea what transpired in the many hours he spent at the office, working to feed and clothe us. On the flipside, he didn’t really know all that much about what went on while I was at school. But through fishing, we were able to create a shared family narrative, a storyline, that we weaved over the years. It features a long cast of major and supporting characters, some incredible plot lines, a number of unexpected and sometimes dangerous adventures, and a lot of laughs and smiles along the way.

Now a licensed Coast Guard captain and professional fishing guide in his post-retirement career, my dad is still catching fish. And he’s still sharing his tips and tricks for fishing with the next generation, which now includes my own children.

I’m grateful for what I learned (even if I don’t always make good use of that knowledge). I hope my children can pick up a few of these lessons as well.

P.S.: If you’d like to book an amazing fishing adventure with my father, please visit his website here. 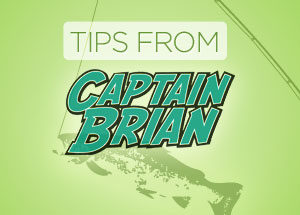 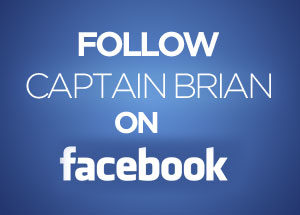 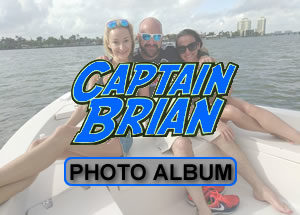